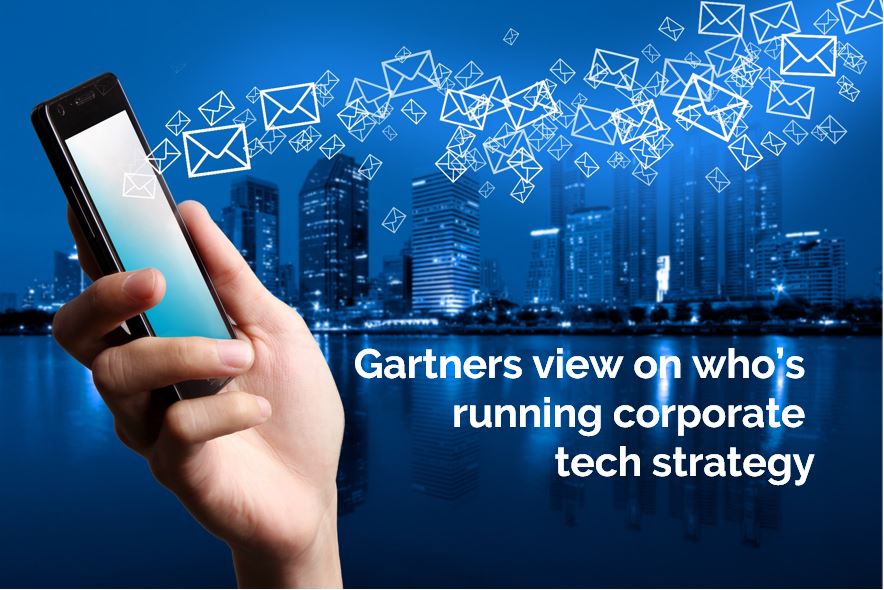 Gartner’s views on who will be running corporate technology

In August 2013 Gartner came up with three distinct roles that it thought would much more closely define the job of the digital chief or CDO in a rapidly changing tech world. So where does that put the CIO now in 2015.

According to a report that Gartner produced on the topic there were three new executive roles potentially filling the gaps left by CIOs who are more interested in ERP than accepting the challenges of the broader digital strategy of the business.

Gartner’s survey of 2,800 CIOs in 84 countries showed that CIOs are fully aware that they will need to change in order to succeed in the digital business, with 75% of IT executives saying that they need to change their leadership style in the next three years.

There has been much discussion and blogging on where the businesses were going with regard to their CIO existence and this was driven largely by CIOs not prepared to move away from historic comfort zones like application services and ERP. There is no doubt that the evolving digital world has exposed gaps in digital leadership and has in many cases led to the creation of the chief digital office (CDO) role, which the analyst house said would exist within 25 percent of enterprises by mid-2015.

“The exciting news for CIOs,” says Gartner, “is that despite the rise of roles, such as the chief digital officer, they are not doomed to be an observer of the digital revolution.”

According to the survey, 41% of CIOs are reporting to their CEO. Gartner notes that this is a return to one of the highest levels it has ever been, no doubt because of the increasing importance of information technology to all businesses.

So where are we now? Is that percentage correct? Probably not far off but Gartner see that figure rising to 50 percent in heavily regulated industries such as banking and insurance.

Gartner believed 18 months ago that the role of the CDO would need to be broken down even further into three distinct roles rather than just one, into digital strategy advisers (DSAs), digital market leaders (DMLs) or digital business unit leaders (DBULs). In effect these roles replace three distinct ones from the pre-digital technology age: The back office, front office and head office.

The Digital Strategic Adviser (DSA) is there to advise the board, CEO and executives on the question, “How will we survive and thrive in an increasingly digital world?” Gartner said this exec “may also lead teams executing on this digital vision particularly when combined with another role, such as CIO or digital business unit leader”.

The Digital Marketing Leader (DML), will ensures that the end-to-end marketing strategy and its execution is as good as it can be with top-notch design and creation of digital products and a focus on new markets and channels. The DML will have a special responsibility for market retention – holding on to customers, and so may have a marketing background.

The Digital Business Unit Leader (DBUL) is “the CEO of online/digital business units”, Gartner said. The DBUL is defined as focusing solely on online or digital channels and digital products and services. The business model and products sold by this business unit “may or may not be the same as those sold by other business units”. says Gartner. This could be a role filled by the CIO — at a stretch.

Reports from the Gartner Symposium in 2014 highlighted another Gartner finding: While CIOs say they are driving 47% of digital leadership only 15% of CEOs agree that they do so.

Similarly, while CIOs estimate that 79% of IT spending will be “inside” the IT budget (up slightly from last year), Gartner says that 38% of total IT spending is outside of IT already, and predicts that by 2017, it will be over 50%. This is a “shift of demand and control away from IT and toward digital business units closer to the customer,” says Gartner.

One of the interesting shifts noticed is being driven from outside the company’s control, as Gartner further estimates that 50% of all technology sales vendors are actively selling direct to the business units, not IT departments.