Warning: The magic method HM\BackUpWordPress\Extensions::__wakeup() must have public visibility in /homepages/42/d369927078/htdocs/CHAT/wp-content/plugins/backupwordpress/classes/class-extensions.php on line 35
 Dual paths of the CIO Role - CIOstraightalk

Dual paths of the CIO Role 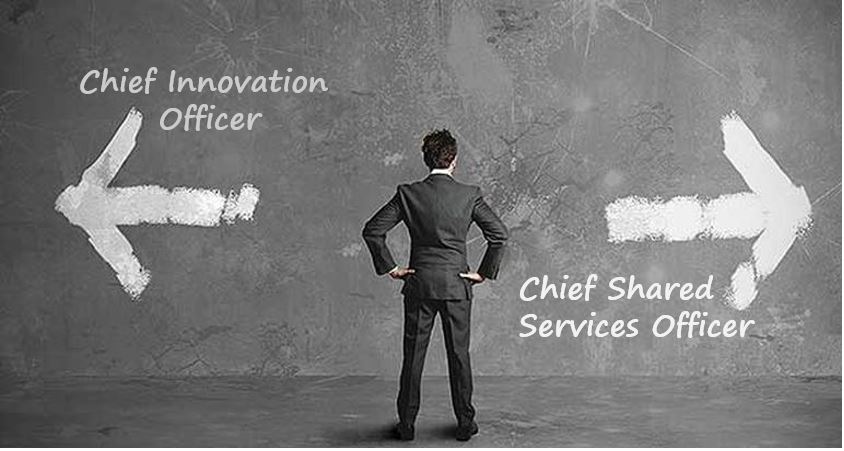 Why do we spend so much time scrutinising the role of the CIO?

With every major computing paradigm that comes along driven by vendor marketing departments, CEOs tend to worry when their competitors do well at quarterly fiscal announcements that they are leveraging technology better, potentially asking:-

“We must not have the right kind of CIO!”
“We have an operations person, but we need an innovator!” or
“We have a visionary but our operations are inefficient!” or
“Our CIO is not technical enough!” or “Our CIO is too technical!”

Having recently read a report provided by CA Technologies on the ‘Changing Role of IT’ it is bound to raise even more questions about the role of the life of the CIO role.

According to this research, more than 70% of CIOs are reporting to CEOs, which signals a rise in the strategic significance of IT; however a mere 14% of CIOs see their role as a driver of new business initiatives. Also from the research, many CIOs have finally been able to strike a 50-50 balance between spending on new products versus spending on maintenance; but despite this success in IT investment management, CIOs are giving away their budget: More than 35% of IT spending is occurring outside of the IT department, or what is commonly called ‘Shadow IT’.

With technology now becoming as ubiquitous to a company’s operations as the finance function, we may have to be realistic to the notion of saying farewell to one centralised technology leader in the business. Realistically technology strategy, spending decisions, and resources will extend out of IT into other business functions or external third parties due to demanding digital agendas in order to serve all of a company’s technology needs.

According to the report the CIO role is evolving along two interesting parallel paths:

One group of CIOs will travel on the innovation path. These CIOs will leave IT operations to someone else as they focus on the convergence between engineering, R&D, and software development. They will build organisations populated by entrepreneurial types who look toward data, software, and even business processes for new revenue ideas. They will meet with external customers, forge partnerships with universities, launch innovation labs, acquire technology services, and lead the charge in getting their business’s executives to focus on the future. These CIOs can create a vision of future products, business models, and customer engagement channels, and they have the credibility to inspire their colleagues to believe them and to follow.

CIOs that have spent their careers running air-tight operations might just not have the gene for business model innovation. Or maybe they have the gene, but their CEOs do not see them as innovators. All is not lost for this breed of CIO however. Having spent their careers managing large operations that deliver a complex array of IT services to tough customers, these CIOs will outsource more and more of IT and free themselves up to manage other key business services. Just because IT operations are being commoditised does not mean that “operational CIOs” should be commoditised, as well. If they play their cards right, CIOs who excel at running IT as a support function, will expand their roles into other shared functions, like legal, procurement, and HR.

This CIO might even wind up in the new Chief Business Process Officer role beginning to emerge in the executive suite corridors. These CIOs will hand innovation over to those business executives who are clamouring for a piece of the IT budget. But rather than be relegated to an IT services babysitter, these CIOs will take their considerable expertise with business process change, continuous improvement, project management, and vendor management and bring a new era of leadership to their companies. These CIOs will run IT organisations that are largely outsourced; they will populate their organisations with people who have expertise in vendor management and a wide array of business processes while maintaining corporate process standards and SLA’s.

“Technology certainly is turning the whole businesses upside down, as CEOs everywhere struggle to find the best way to manage and leverage IT.” commented Craig Ashmole, Founding Partner of London based CCserve consulting. “This is why so many industry experts are talking about the CEO having the CIO at the boardroom table, as IT done ‘right’ will be critical for Digital proliferation and business market growth.”

It makes sense that as technology increases its impact on businesses, the role of the technology leader will evolve. The key for every CIO today is know which path plays to your strengths, and get a grip with the evolution and be the new technology leader of the 2020’s.