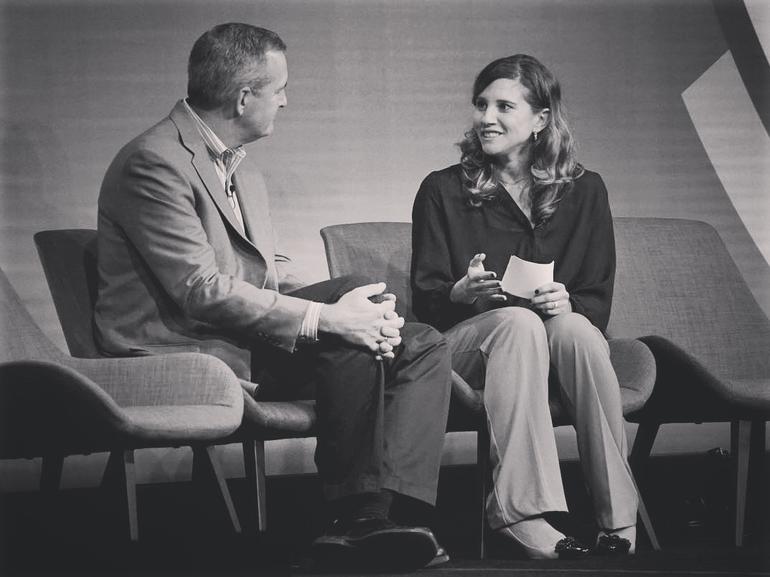 There are many steps for a company to transition to the cloud. At the 2016 Structure Conference, Juniper Networks’ CIO Bob Worrall explained how the company is managing the change.

For many companies, transitioning to the cloud is a long process with many steps. At the 2016 Structure Conference in San Francisco, Bob Worrall of Juniper Networks explained his company’s strategy and provided some best practices.

Over the past four years or so, Worrall said, Juniper has closed 17 of its 18 data centers, and moved 85% of its applications to the cloud. By June 2017, he said, the company won’t have any corporate data centers remaining. Almost all of their apps will be running on Amazon Web Services (AWS), but their engineering assets will all be hosted on a private cloud, where they are adding their own tech and IP to make it a showcase for what they can do in networking, Worrall said.

One of the first considerations was the cost of moving to the cloud. On the engineering side, moving to the private cloud was a “no-brainer” in terms its financial impact, Worrall said. But, the transition away from their corporate data centers to the public cloud was a “fine line.”

Worrall said that Juniper, like many others, had to refactor their apps to run on the cloud, which was costly. So, he said, you have to pay attention to the cost model. Juniper designated some IT employees to look after monthly billing and bill statements to make sure they are continually optimizing for storage, and getting the most for their money.

For security, they created a team to think through security and compliance, and to make sure they’re meeting those needs. It took “grinding” to get the legal team comfortable with the cloud, Worrall said. But, they’re also investing heavily in network monitoring, logging, and inspection so they can more readily detect and respond to any issues.

The cloud has “retooled” the Juniper organization, Worrall said. Juniper has made significant investments in the skillsets needed for designing apps for the cloud, and refactoring them to run in the cloud. According to Worrall, the firm has bifurcated its development team to focus on those issues and they have added new employees who understand the cloud environments of Amazon, Microsoft, and IBM.

The most critical skills, he said, are found among the people who know how to make these cloud platforms work together. So, they’ve hired more people in the US and India to look after that connection, and they use Oracle Fusion Middleware to connect all the clouds together.

Juniper’s vendor management team has also been strengthened to better look after SaaS contracts and vendor promises, to make sure their cloud investments are optimized.

While there has been a lot of positive reaction from employees, Worrall said, some people have left the company over time. As a response, Juniper is investing in existing employees to help them grow their skills. Companies should consider the impact that cloud will have on their workforce.

Craig Ashmole, Founding Director of London based CCServe stated, “There are commercial businesses that are taking advantage of the strategic moves that Juniper Networks have taken. This businesses can deploy green field Data centre sites in under a few weeks. This is real value.”