Warning: The magic method HM\BackUpWordPress\Extensions::__wakeup() must have public visibility in /homepages/42/d369927078/htdocs/CHAT/wp-content/plugins/backupwordpress/classes/class-extensions.php on line 35
 Cloud Cover takes over Europe - CIOstraightalk 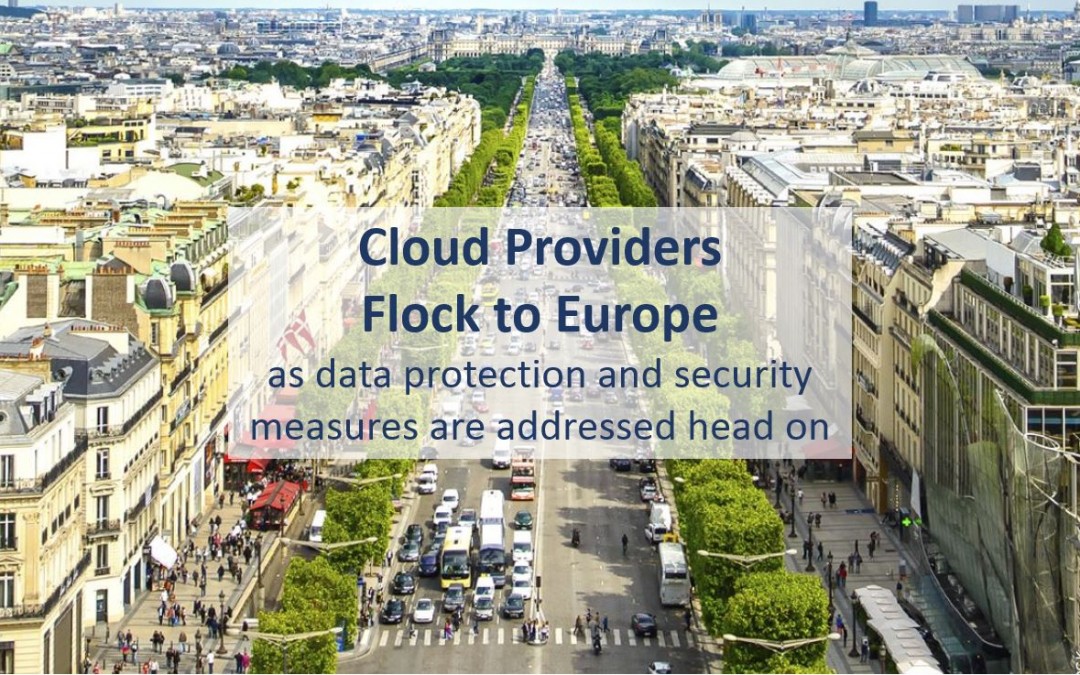 In a research report from Computer Weekly nine months ago they stated that cloud providers like IBM, Microsoft and Salesforce.com were building datacentres in Europe in response to in-country data protection concerns effectively moving the Cloud into Europe. Microsoft also continues to successfully embrace the cloud and mobile by decoupling Office365 from its Windows desktop platform.

More recently we are seeing major Cloud providers such as Amazon, Microsoft, Google and VMware all building datacentres in the European Union (EU) as locally based enterprises insist their cloud data stays in the region. One such cloud provider, IBM, also announced the opening of a SoftLayer datacentre in Paris by the end of 2014.

This was IBM’s third cloud-focused facility in Europe, after its Amsterdam datacentre and the more recent UK facility in Chessington. The Parisian datacentre will be part of IBM’s $1.2bn overall plan to build 15 datacentres across Europe.

Other vendors such as Genesys, a major player in Contact Centre software solutions is now leading the way forward with Contact Centre Cloud services installing their software in data centres across the UK and the European region.

Genesys have also focussed heavily on the other well-spoken subject of security and as such their Cloud has PCI Level 1 certification, SOC 2 certifications and HIPAA compliance. Their data centres have ISAE 3402 and ISO 27001 certifications and their virtualisation architecture ensures separation and security of customer-specific data. This is driving the Contact Centre in the Cloud and bringing more flexibility and commercial attractiveness to users.

Another Contact Centre player, Interactive Intelligence, has announced that it has been named one of four Market Leaders in Ovum’s MultiChannel Cloud Contact Centre Report with the most flexible cloud deployment options being one of the key contributors to its leadership position. Interactive Intelligence has been an early adopter deploying cloud based solutions well ahead of others and as a result sees more than 50% of its new customers deploying in the Cloud.

The European Commission has highlighted three main areas of focus in its digital single market strategy.

Barriers such as geo-blocking, lack of cross-border delivery initiatives and other technical issues currently prevent many citizens from using cross-border digital services, such as online shopping or sharing digital goods.

The commission aims to review current telecoms and media rules to promote growth of digital services and networks. This will also encourage investment in infrastructure, faster rollout of 4G and data protection development. This strategy has been observed over the British 2015 summer with the marketing campaigns from the mobile operators attempting to remove the cross border roaming changes we are all so familiar with when using mobile data abroad.

“For those Cloud sceptics out there, I think the race is on and the proof is in the eating”, states Craig Ashmole, Founding Partner of London based IT Consulting CCServe Ltd. “The CIO community should be taking note and if not using cloud in earnest then they should be seriously considering some elements of non-core application usage to ensure their IT departments are able to skill up and test for robustness.”