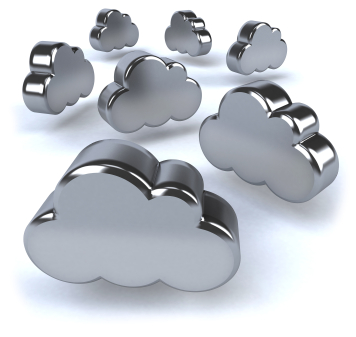 A new Brocade survey shows 83% of enterprises are shaking their fists at unauthorised cloud adoption (not consented by the CIO Office) within the business, the reality is, “Not using cloud is just like fighting gravity and bound to fail.” CIOs that are gate keepers will be the ones that fight ‘shadow IT’ the most.

“We are seeing departments within the business vote with their feet,” driven by the marketing leaders, and those feet are sprinting to the public cloud. Why? Well because “The business wants to play with technology that makes their life easier.” The CIO Office needs to stop being ‘the technology gatekeeper’ and become the digital enabler.

In other words, the public cloud dominates because it’s so much more convenient to get access to. Until CIOs can wrangle that same level of convenience into their own internal data centres (and private clouds), they’re going to be fighting gravity.

A new survey suggests CIOs still want to control the cloud, which is a bit like “fighting gravity,” according to AWS.

You’ve got to feel sorry for IT. Once the undisputed sovereign of the enterprise, lines of business often route around IT today to get stuff done. Their favourite accomplice? Cloud.

Indeed, while a new Brocade survey shows 83% of enterprises shaking their fists at unauthorised cloud adoption, the reality is, as Amazon Web Services (AWS) executive Glenn Core posts, “Not using cloud is just like fighting gravity.”    Doomed to fail.

Redmonk analyst Stephen O’Grady once declared that “Convenience trumps just about everything” when it comes to cloud adoption. Small wonder, then, that developers tell Forrester they’re turning to cloud primarily because it’s “the fastest way for me to get things done.” 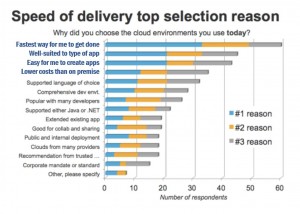 If anything, the preference for speed has accelerated since this survey was conducted. However, not everyone is happy about such IT-evading adoption.

Yes, according to a new Brocade survey of 200 global CIOs, 90% of the enterprises surveyed have cloud of some kind in place, but 83% of them also acknowledge unauthorised cloud adoption. This is despite a third of these businesses not allowing cloud adoption without IT approval.     Oops.

Of course, that same survey indicates that CIOs were more concerned with security than big data, so it didn’t seem to be tapping into the avant-garde of innovation. Or maybe they’re just concerned about having to take the blame when something goes wrong.

As Yarob Sakhnini, regional director, MEMA at Brocade, notes, unauthorised cloud adopters “are happy to circumvent IT so long as everything works. But chances are as soon as the performance and availability of these shadow IT services don’t meet expectations, it will be the CIOs who will get asked the hard questions.”

It’s a fair point. But it may simply not matter.

After all, 83% of those enterprises don’t seem to care what their CIOs think. They just want to get stuff done and clearly see IT as more of a roadblock than an enabler. This needn’t be the case.

While projects originating within the line of business are on the rise, it’s still the case that most enterprises are finding ways for IT to play a key role in technology adoption.

They’d better. Cloud–and particularly public cloud–isn’t something that is going to wait on IT.

“Cloud is becoming the new normal, and not using cloud is just like fighting gravity. It is inevitable…. If you are not using it or looking at where it fits on your own strategy, you run the risk of being overtaken by others using the platform to increase their agility and scale…. The cloud is becoming the default position of customers looking to build new applications and services.”

IT would love for things to be different and to have more control of its infrastructure. Hence, the constant drumbeat for private clouds.

This is one reason there’s so much interest–if lagging deployments–for OpenStack. Indeed, in a conversation with Mirantis CMO Boris Renski, he believes that “OpenStack [is] a datacentre operating system, not a VM orchestration engine,” one that gives operators or enterprises control over their clouds.

Because as much as we may want to talk about OpenStack adoption, the reality is that “We are seeing people vote with their feet,” as Gore points out, and those feet are sprinting to the public cloud. Why? Because “They want to play with technology that makes their life easier.”

In other words, the public cloud dominates because it’s so much more convenient. Until CIOs can wrangle that same level of convenience into their data centres (and private clouds), they’re going to be fighting gravity.