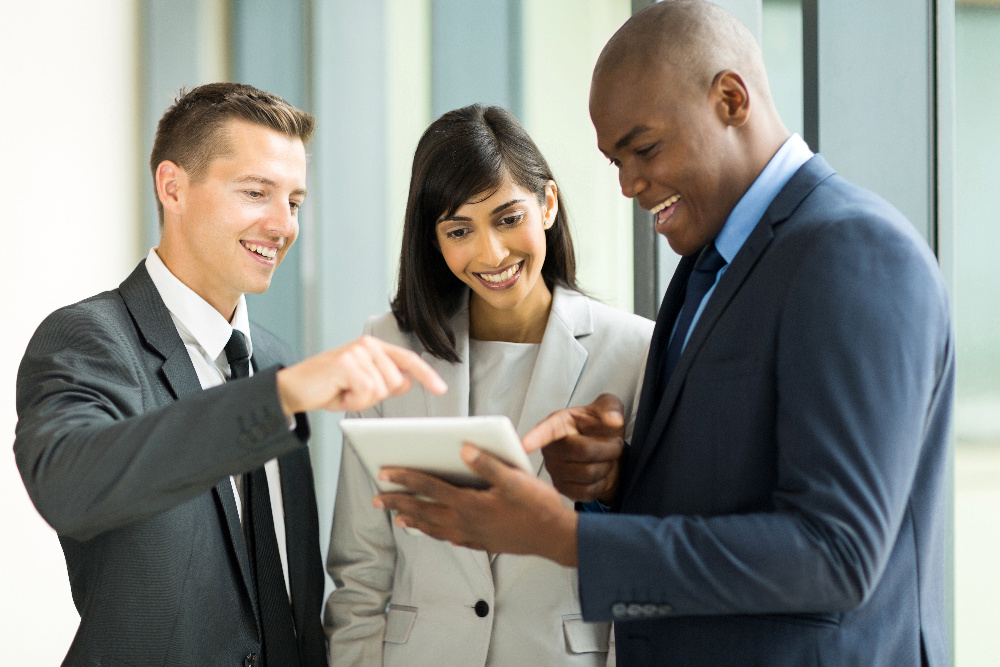 Outsourcing activity in Europe recovers after the lull in the lead up to the UK general election, with more contracts negotiated than ever before

The value of outsourcing contracts in the UK increased by 150% in the three-month period to the end of June 2015, as Europe saw a record number of contracts awarded.

In its latest index of IT and business process outsourcing contracts, Information Services Group (ISG) recorded 169 deals valued at €4m or more, with a total value of €2.2m.

This is welcome news for the outsourcing sector in Europe, which suffered a 25% fall in spending in the first three months of the year. ISG blamed this on caution in the run up to the UK general election.

In EMEA – the world’s largest outsourcing market – there were 128 contracts signed, valued at $2.4bn, according to the latest figures from ISG. Both these were 25% lower than the same period in 2014.

A drop in outsourcing in the UK – which dominates the area’s outsourcing market – had a big impact on the EMEA and global figures. “The drop was due mainly to a drop in sourcing business in the UK, due to the election,” said ISG.
Global outsourcing slowed as contract value reduced in a price war among suppliers, said ISG.

The number of contracts for the second quarter of 2015 was the highest ever, but the total value was 12% lower than the same period a year ago, with only two mega-deals worth €80m or more signed.

The financial services and energy sectors recorded a lot of activity in the period, while there was a decline in contract activity in the manufacturing, transportation and telecoms sectors.

ISG Europe partner and President John Keppel said the outsourcing industry is seeing an increase in smaller deals. “More deals than ever are being signed at much lower contract values, driven by increased use of multi-sourcing and the impact of digital strategies. The ever-increasing activity levels in Europe, the Middle East and Africa indicate that outsourcing is more popular than ever,” he said.

Keppel said of multi-sourcing, where buyers seek shorter and smaller contracts with niche providers, is driving this.

“Digital disruption is also having a significant impact, with buyers avoiding larger, longer-term contracts as they plan their digital strategies amid a wave of new technologies and operating model,” he said.

In the UK both the value and the number of contracts increased by 150%.

Keppel said ISG is bullish in the short-term and expects the next quarter to record growth compared with 2014. “Longer term, it will be interesting to see how the trend toward a higher number of lower value contracts plays out in the second half of 2015,” he said.

But what about the Financial Services sector?

Since the start of Q2 2015 there is expected to be an increase in the use of IT outsourcing in the global banking sector for the next 12 months, but the use of expensive consultants [The Big5] will drop, according to research by Finextra.

The CSC-sponsored research, which surveyed more than 50 global banks at the end of 2014, showed banks are cautious over what they spend on IT.

It also revealed that 49% of banks plan to increase the use of IT outsourcing over the next 12 months, while only 9% of the banks said they will reduce IT outsourcing.

The numbers suggest banks are eager to develop IT but are conscious of the need to keep costs down, with Big5 consultants’ notoriously expensive resources.

“More often than not the Big5 – consultants are twice the daily rate compared to independent interim IT contractors, so moving to the smaller bespoke interim consulting market it’s a quick way to shed costs,” states Craig Ashmole, Founding Partner at London based IT Consulting CCServe. “The report indicates more judicious usage of consultants mainly for advisory and design activity, leaving the implementation to the organisation themselves. Interim consultants being a useful source of reliable skills.” he said.

Outsourced IT is the fastest growing resource. The flexibility and cost advantages of suppliers that can tap resources in low-cost regions are increasingly popular for banks. “A wide range of flexible models incorporating outsourcing, offshoring and even insource-offshoring deals are being pursued,” said the report.

Allied Irish Bank and ABM Amro are examples of banks that have recently increased IT outsourcing but banks may be taking risks by outsourcing and offshoring some of their legacy operations, as well as their security. 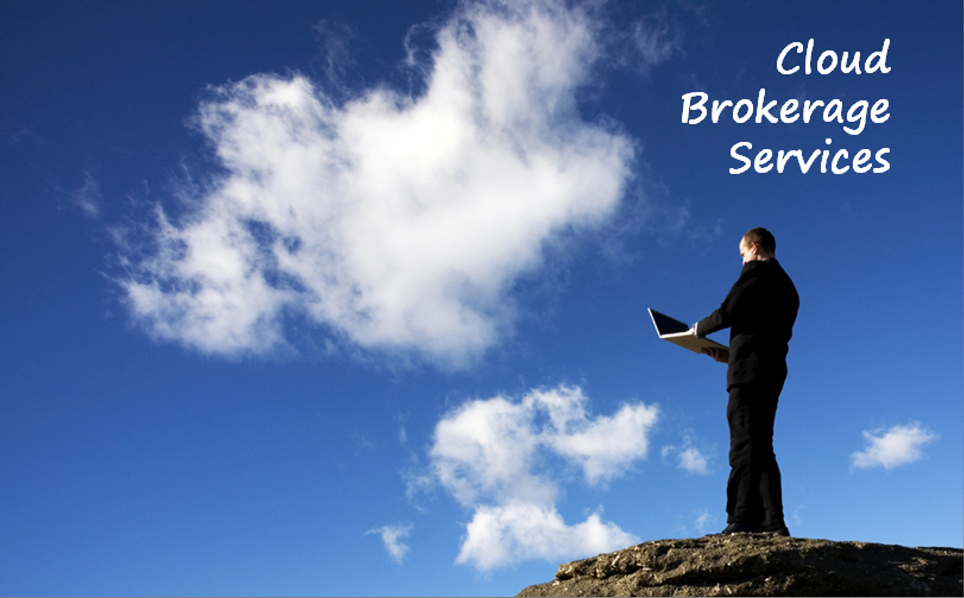 Cloud Computing Is Going To Rain on India’s Outsourcing Parade

There are dark clouds on the horizon of India’s information technology and outsourcing industry.

AstraZeneca PLC is sharply scaling back the business it gives to the Indian outsourcing companies that it has long relied on for tech help. David Smoley, AstraZeneca’s technology chief, said he expects to cut in half the $750 million the drug maker used to spend annually on outsourcing over the next two years. He said the number of people working on information technology also would drop by 50%.

The changes at AstraZeneca are part of a major shift toward cloud computing, which is starting to bite into the revenue and profits as well as hiring in India’s critical outsourcing industry and poses an existential threat to the players that fail to adapt.

Outsourcing executives are bracing for a big disruption. “It’s like what happened when Amazon arrived,” said C.P. Gurnani, chief executive of Tech Mahindra Ltd., a large Pune-based outsourcer that specializes in work for telecommunications companies. U.S. bookstore chain Borders closed and Barnes & Noble had to reinvent itself, Mr. Gurnani said.

Mritunjay Singh, operating chief of outsourcer Persistent Systems, predicts a “bloodbath” in which only nimbler companies will survive.

Outsourcing accounts for around 20% of all of India’s exports of goods and services. The industry employs millions of Indians and has become an important route into the middle class in the world’s second-most populous country.

The impact of the move to cloud computing — where servers and software are accessed via the Internet rather than on local networks or personal computers — is being amplified by other trends, from automated code-writing to increased competition and falling corporate information-technology budgets.

There are dark clouds on the horizon of India’s information technology and outsourcing industry. Profit growth at even India’s most successful and sophisticated software companies could be doused as companies, governments and consumers around the world do an increasing amount of their computing on the cloud, says outsourcing services advisory firm ISG Inc.

Companies that have traditionally used in-house servers running on custom-made applications are putting more of their business on external servers and using off-the-shelf software. Using the cloud often means using fewer people so Indian software companies—once dubbed “body shops” because they could supply as many computer engineers as a project needed—are going to suffer as they lose much of their competitive advantage.

“It is only going to get cheaper and easier for companies to switch to the cloud, outsource providers need to get ready for the storm and modify their business models and move with the digital times”, said Craig Ashmole, Founding Partner of London based IT Consulting CCServe Ltd.

This means, developing software that allows businesses to (interact) faster and more efficiently with their external stakeholders – customers and suppliers, rather than focus on changes to the internal workings of a client.

Around one in four of the deals ISG helped advise involved cloud computing last year. That’s more than three times more than the percentage of cloud deals it saw three years earlier.

India’s software and outsourcing companies are still too reliant on the business model that uses lots of relatively inexpensive Indian engineers and sends them to client sites to build software and fix problems, ISG and other analysts say.

The cloud infrastructure players are drastically cutting down prices and starting to create pricing pressure on service providers in India and elsewhere who continue to set contracts based on the number of engineers deployed in a project.

Cloud infrastructure providers such as Amazon Web Services, Red Hat, Rackspace Hosting and others are emerging as a formidable threat to Indian outsourcers and other traditional service providers and consultants including IBM and Accenture that earn revenues from managing the technology infrastructure of clients.

Traditional service providers now have to strive to get more cloud contracts–where they help clients shift data to cloud infrastructure providers–rather than focusing on creating their own clouds, ISG said.